Adsterra review is written after a short experience of using it. But, I do not ask you to not try it right away after reading my experience. But, be cautious with it or any other adnetwork.

If you are looking for Adsense alternative, you might come across this network.

Besides Adsense, we tried many other networks like ezoic ads, media.net,  revenuehits for extra income.

And we were not satisfied with many due to reasons like difficulty in getting our sites approved, lack of sufficient payment rates and also inappropriate ads.

We mostly like to use banner ads with CPC, CPM mode and we do not like popup under ads as they irritate our visitors.

So in search of a decent ad network for sites besides Adsense, we tried media.net and then we tried adsterra. So with this experience, we give you more information about it.

This network is head quartered in the Limassol city of cyprus.

Adsterra claims to be a premium ad network with different ad formats. They offer Ad formats like

The earnings are calculated in terms of the number of impressions and also clicks.

In our experiment, we put a single sidebar Ad below the fold.

Most of the ads were some sort of software download type or online game related.

The results were quite impressive. Unlike regular ads that have more clicks, these ads too had better click and rates.

See the image below for an idea 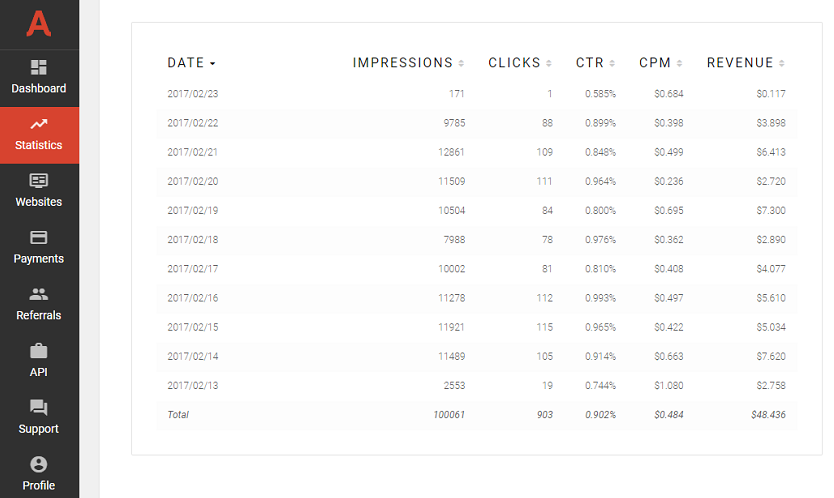 All the important pages with top rankings were no seen on the first page. They went away to more than 100 search engine rankings. 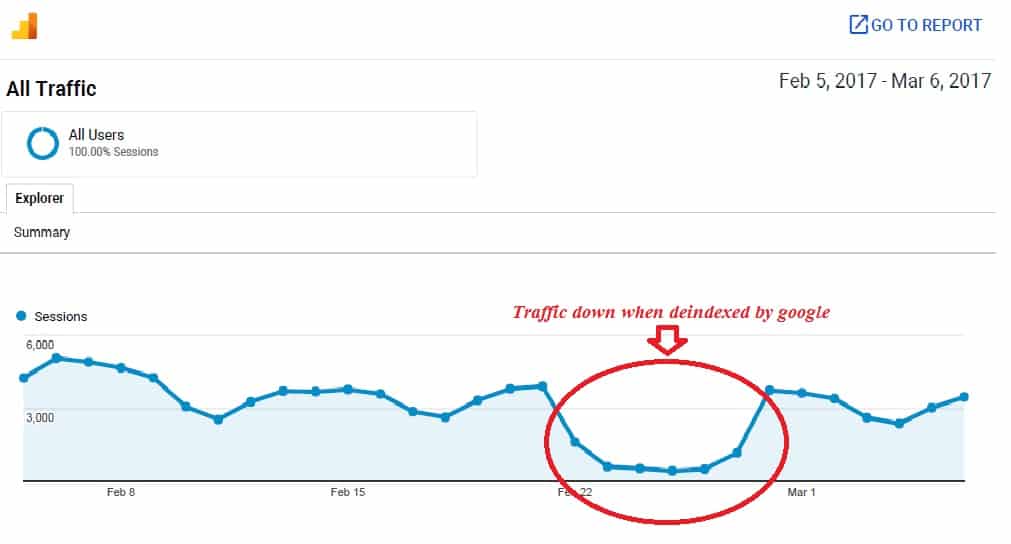 After a day we received a message from google search console that our websites have been put on manual spam penalty.

So the site pages were de-indexed from Google and we had to correct to get them approved back.

The reason for this manual penalty was there were redirects on mobile pages due to adsterra ads.

That mean the visitors from search engine was shown different page instead of our site’s pages. That is they were showing ads first instead of allowing the site pages to be shown by google.

So immediately we had to disable and remove all the adsterra ad codes from those websites.

After being sure that there were no more impressions on adsterra dashboard from our sites, we applied for reconsideration.

This was approved after a gap of three days, which gave us a sigh of relief.

But still, the approval note mentioned that the ranking might not be up to the mark as before.

And as we see, still we have lagged in traffic for those sites.

We have been running websites for eight years by now, and for the first time, we had a penalty action from Google.

That too a manual spam penalty over the entire site which is too risky as it could ban our site forever.

Even the ads appearing on the site were of the same type and insisting the visitor to click to download the ad.

When someone downloads it, it could be a software or even malware.

And some times it can affect your whole site or even your computer.

After this experience, for a lot of time, we relied on Adsense alone. But, since we wanted to explore other options, we took up different ads like the ezoic, media.net, exmarketplace and even newormedia. All these other adnetworks seem to genuine and not attracting penalty from google.

However, be aware of the site speed as it is a ranking factor. Most of the ad-networks are now using header bidding technology. The intention is to show high paying ads in place. But, this header bidding is the reason for the decrease in site loading speed.

So we advise to be careful in selecting ad-networks for monetization.

To keep your website safe, try to use the security services from sucuri firewall, Cloudflare or wordfence.

If the wrong choice is made, we tend to lose our ranking and also the whole website.

It could be foolish to lose all the years of hard work for petty dollars.

Update: It is more than a 2years now and all-out traffic is normal. But we are very skeptical to look of other ad networks as they tend to put some popups or unwanted scripts.

So, we now rely on banner ads from Adsense and ezoic. When the Adsense income changes drastically, try to opt for ezoic ads. If you are banned by Adsense, never worry as you can try media.net which is better than others after the Adsense ad network.